Up until now, the yearly Ardbeg Committee releases seemed to be let loose whenever they were ready, but now it looks as though the Ardbeg marketing department has chosen to marry their yearly Committee releases and Feis Isle releases into one event. The last Saturday of the annual Feis Isle festival, sometime between late May and early June, has been the day Ardbeg traditionally opened their doors to the public, giving rise to last year’s titular Ardbeg Day bottling. In a play on words, this year’s Feis Isle/Committee release was titled Ardbog day. I see where this is going and I have a few suggestions for next year’s bottle:

How about Die Hardbeg Day? Is Bruce Willis available? That would be an awesome celebrity endorsement! Instead of digging for prize tokens in wheelbarrows of rubber “bog” mulch, we could try to land remote-control helicopters on model rooftops… or negotiate the code for a prize vault from an executive hostage. Yippee ki yay, muthafuckers!

Or what about ArdBig Day? Who wouldn’t love to see Zoltar Speaks dispensing prizes or even pouring for the event?! Giant keyboards? Awesome toys? The guy who made that movie where he spent two and a half hours talking to a volleyball? Stop me when this starts to sound not awesome. 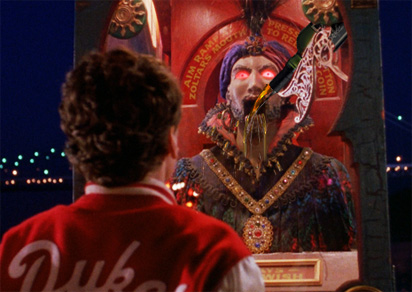 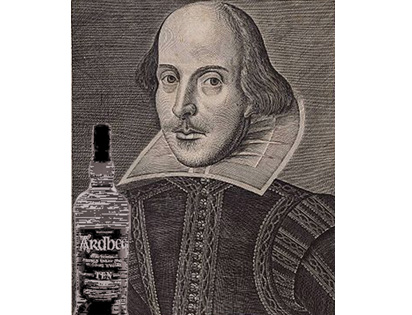 “There is nothing either good or bad, but drinking makes it so.”

I attended the closest Ardbog Day event I could find, which happened to be at Julio’s in Westborough, MA. Julio’s is a destination liquor store with one of the most ambitious tasting programs anywhere. People began lining up for the event an hour in advance. There was a bagpipe player to weed out those of inferior constitution and talks of a mysterious lottery. There were sushi rolls from Mandarin next-door, including a tempura lobster and mango creation dubbed the Ardbog Roll. We were given free Ardbeg glasses and one lucky raffle winner went home with a full table’s worth of Ardbeg, including a much sought after bottle of Supernova signed by a reluctant David Blackmore who wanted the bottle for himself. It was a great time, even for my non-whisky drinking wife. Ardbeg certainly knows how to throw a party.

Nose: Earthier and fruitier than any Ardbeg before it. Bold rivers of peat smoked chicken and barbecue sauce flow over a bed of passion fruit and ripe apples. There’s enough delicious malt here to keep the peat from lording over it as well. Handfuls of crumbled cherry tree bark, tufts of fresh cut grass, fennel and orange marmalade.

Palate: Very punchy and very creamy. Smokey tangerines and lemon zest with some fennel from the nose. Pleasantly numbing chloraseptic spray with lots of phenolic notes over savory Korean hot paste. The finish waits to kick you in the chest. Much sweeter than I expected with a rich and grassy, smoked paprika back bone.

This one is matured ten years in a combination of ex-manzanilla sherry casks and ex-bourbon casks. As to how it holds up to the rest of the Ardbeg series, at the moment, this is probably my favorite. When I opened it, a visible waft of smoke evacuated the bottle! Amazing.