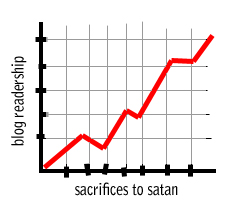 Readership is up!!! I must be doing something right… that or Bolivia-Bot told all his friends about my page and there’s a spider party going on. Maybe I’m helping to predict the future. Maybe people are waiting for me to have some kind of legendary, Jason Russel-style mental breakdown. Then again, maybe people are just lost and aimlessly wandering here by accident in greater numbers than ever. If I had to guess, I would go with F.) all of the above.

Either way, I recently reviewed a sample bottle of Bourbon sent to me by the folks down at Angel’s Envy, but I’ve noticed some variation so I thought I’d flush out my illustration of this brand a little bit and post my thoughts on at least one more batch. This is an awesome brand and I’m very interested to see what’s coming down the pipeline next.

Unfortunately, I don’t see a bright future for my home state of Connecticut. Angel’s Envy’s rye skipped over the entire state. Their targeted distribution for smaller releases takes aim at much more lucrative markets. They wouldn’t even send me a sample of the rye because they weren’t marketing to my neighbors, despite the majority of my readership being from New York or California at the moment. What kind of evil bastards would make whisky so delicious and then put it just out of reach? Gah! 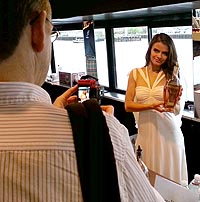 You can guess which direction a brand named Angel’s Envy would take their obligatory, sex-sells advertising campaign in; they travel with ladies dressed as Angels, of course. But I would think a group of angels celebrating the sin of envy would be much more insidious. They would not be the happy, white-clad, Victoria’s Secret models the likes of which Christians hope will greet them at the pearly gates. No, these would more likely be dark, fallen animations filled with rage and contempt for mortality, the type of beings you make soul-surrendering deals with in exchange for infinite power (or blog readership). In that respect, I think envious angels would probably be more like help desk technicians, but I don’t want to drink with the asshole over at AT&T Thailand who can’t resolve my broken router after a two hour phone call, so… um. Well-played, Angel’s Envy marketing department. Well-played.

Nose: Pink Starburst candies. Honey, dried apricots and sweet, sweet malt. Ceylon cinnamon? No… that’s not quite right; something halfway between that and cloves finished in a brand new bowling shoe filled with pear peels and tangerine zest. The fruit winds down after a bit and it becomes slightly oily, like white birch bark.

Palate: Pink Starburst and banana Laffy Taffy over hot waffles. Spicy like the cinnamon/clove hybrid from the nose. Sweetly woody, like a barrel aged pear cider. Fruit vapors flirt with vanilla and black pepper in the finish where the Bourbon really starts to pull through. Like the nose, the palate’s fruitiness tempers itself after a bit and lets some more wood and mint loose.

While this is small batch, variable stuff, I can’t imagine there being a completely awful bottle of this floating around anywhere, and this specific batch is one of the most delicious things I’ve ever tasted. 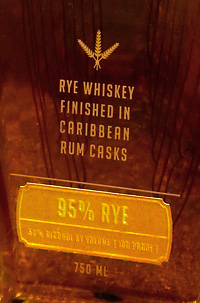 People seem to either love this one or get creeped out by it. I think the latter of the two approaches this as a traditional rye, expecting lots of pickling spice and caraway, and can’t see past the category. It reminds me of the year I spent temping for a payroll office…

I was a lowly envelope-stuffer, one of two guys in the entire building; the other gentleman was the company accountant and spent most of his time flirting with several of the younger ladies. He spent so much time trying to get them to hang out with him that it became a daily source of entertainment for me. What ludicrous invitation would he extend today? How many bad jokes? Will there be a poorly executed magic trick? How about some embarrassing dancing? All his advances were failures except for one glorious day when one of the ladies actually invited him, quite seductively, to go camping with her and a few of the others, to which he replied, “Are you kidding? I’m a fucking accountant! I don’t camp.”

This is not a rye. This is rye finished in ex-rum casks which began as French cognac casks. Consider it a boutique whisky before you think of it as rye, because it is not at all what you’re imagining, right now. There’s a lot of think tank style cask-management happening here. Pre-conceptions be damned, this is whisky that changes people who hate whisky into people who inspire me to lock my cabinet when they visit. It’s a delicious testament to science… or black magic. If you want good whisky, don’t be a dunce and spoil it with your prejudgement. Tent-lovin’ is some of the best lovin’ around, especially for uptight accountants who try too hard. 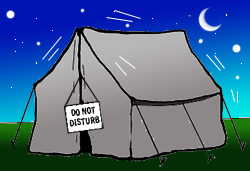 This whisky is in extremely short supply and Angel’s Envy released this one to just over a dozen states, the best-selling markets, so there’s a good chance that, for you, this review may be in vain. Don’t ask me to trade a sample either… I’m hoarding this stuff all for myself. After having a few sips on the Whisky Guild cruise in Boston, I drove an hour and a half to find somewhere that sold it, bought two bottles, and I’m starting to think I should have bought more.

Nose: Perhaps the sweetest, nuttiest whisky I’ve ever had. A shock of eggnog and gingerbread houses leveled by an atomic blast of graham crackers and masa harina with lots of raisin shrapnel. Christmas. Molasses and brown sugar lord over rum, bruleed banana and almond brittle. The caraway is hiding out.

Palate: Hot gingerbread cookies dominate with cinnamon and nutmeg. Rum soaked tangerines, cumin, and a touch of leather. Hazelnuts. The faintest trace of smoke, Raisin Bran and, after a few glasses, creamy tomato sauce in the finish.

If you’re looking for something delicious to munch on while indulging, I would make some duck fat caramel to drizzle over some green apple slices. Cheers!!! 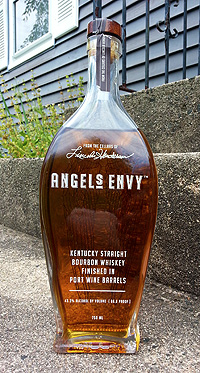 Angel’s Envy is one of those Bourbon labels that people throw around to prove that vilifying sourced Bourbon is wrong, but passing this off as simple, outsourced whisky is erroneous. Lincoln Henderson, formerly prolific master-distiller for the Brown-Forman empire, has his fingerprints over the whole process, from developing the yeast and mash bill to managing the casks as they age. He didn’t just buy some other guy’s pre-made production, finish it in some port pipes and then bottle it. He and his team spent time actually developing it at someone else’s distillery, taking cues from Henderson’s experience crafting for the likes of Jack Daniel’s and Woodford Reserve. Woodford Reserve’s triple distillation and cask experimentation, Jack Daniel’s charcoal filtration, together a mix of column and pot still production; this is what artists do when they’ve had a lifetime to develop a full range of techniques. Angel’s Envy also uses air dried wood for their casks instead of wood from kilned sources, and make sure to mature exclusively on the top levels of the warehouse. For the skeptics, Angel’s Envy is also one of a very few labels, along with Wild Turkey and Four Roses, to use non-GMO grain.

My first sips of Angel’s Envy made me feel like a Stoorish Hobbit that went fishing one day and ended up finding something so beautiful that it turned me into a shriveled hunchback troll dancing by the water. I’ve gone full-Gollum for Angel’s Envy. We wants it. We needs it. We must have the precious… Blind to the terrible things it’s doing to me internally, we would follows some jerks who wanted nothing more than to throws it away, all the ways to Mordors, on the off-chance we’s might be able to steals us another sip. Precioooouuusss. It was mind-and-grammar-altering stuff… so I petitioned the folks at Angel’s Envy for a sample, which they happily obliged. 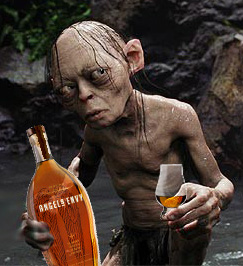 Looking at the bottle there was none of the usual batch information. Allegedly, Wes himself parted with a bottle from his personal stash to let me have this one; thanks, Wes! It wasn’t quite like I remembered though, so I started looking for a sample to compare.

After asking around, I found a friend with a bottle to compare, batch 3J to be precise. The 3J batch was much fruitier and kind of smelled like a hot blob of Starburst candies and mashed banana. The mystery batch was good, but not quite the same. It had much less fruit, especially on the palate.

I read on a sales sheet tucked away on the Angel’s Envy webpage, that Lincoln chooses a scant 12 casks to marry for each batch, so this discrepancy might mean they had been putting their best foot forward early on in their career and changed courses once they had established a good reputation, or more likely that they were experiencing the ups-and-downs of small scale production, what whiskyphiles affectionately refer to as the “small batch blues.” Either way, it’s a nice whisky.

Nose: Pineapple pates de fruits, and guava. Slippery pear-type maltiness. Dusty barn boards, fresh cinnamon rolls and brown sugar packed over neatly arranged bundles of mint. Sweet but slightly farmy, the way I remember a nicely balanced Clynelish being. Not overly perfumed the way traditional Bourbons can be, either, but not nearly as fruity as some of the other bottles of Angel’s Envy I’ve had. In fact, I found this one a bit flat and boring.

Palate: Bold oak and mild cinnamon. Hay and blueberry pineapple cobbler. Smokey caramel. Malt with rye-spiced raspberries coming in towards the end. Traces of anesthetized mint in the finish. Ignore any exaggerated descriptors here; this one was actually kind of flat.

Thank you to Aaron Brost and Angel’s Envy for the bottle! Cheers!!!