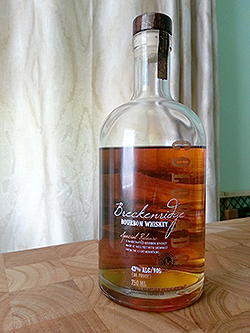 Whisky is full of legend and I often find myself riddled with opportunities to tell self-identified “whisky people” which orifice I think they’re talking out of when speaking with them about it. My biting sarcasm may not be polite, but I was raised by a team of loud Italian women who imprinted me with the idea that lazy ignorance is just as impolite. It’s not always the rear-rhapsodizers’ fault, though. There is no shortage of authors and fly-by-night brand-ambassadors spreading sexy-looking absolutes to peddle their product. The ratio of factual journalists to marketers is skewed against us as consumers. While I’m only human myself, and certainly no credentialed journalist, I hope to help dispel some of these myths for you. Should you ever find me being provably erroneous, I openly welcome your biting sarcasm, but until then…

American whisky myth #2: Bourbon can only be made in Kentucky. Yum! This bullshit sure is delicious sounding, isn’t it? Kentucky is uniquely bilateral. Since the border-state, brother-on-brother fighting during the Civil War, to the juxtaposition of beautiful country on one end and booming steam-and-river powered industry on the other, it is a place that’s historically been of two kinds. When most of us hear the name, though, we tend only to think only of the slow-paced, country lifestyle paved with Kentucky Bluegrass… that or fried chicken. The association between Kentucky and Bourbon is no coincidence. It was most likely the product of some very smart and beautiful marketing. 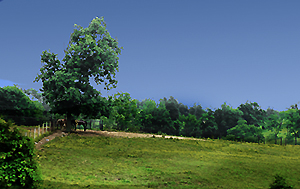 Actually, while a majority of Bourbon is indeed produced there, the acceptable geography for Bourbon whisky extends to all states in the US, like this offering from Colorado’s Breckenridge Distillery. Having said that, at the moment, Breckenridge Distillers is selling outsourced production from Indiana, in their words “not from who you think,” probably alluding to the juggernaut MGP Ingredients, Inc. Not that there’s anything wrong with that, in fact, some of my favorite whiskies are produced by people other than the brand, but I wonder how their entirely self-distilled product will fare against this in the future. With that in mind, consider this review to expire after a few years as they’ll be completely changing what’s in the bottle in the years to come.

Breckenridge Distillery uses snow melt from the Rocky Mountains to bring their whisky down to bottling proof; water from mountains rich in minerals like limestone and dolomite which you also find abundantly in Kentucky water sources. This particular bottle does have a 2 year age statement on it, but they chose to forgo the straight designation in case they wanted to add some younger whisky while they get up and off the ground. As they start amending their outsourced spirit with their own production this year, they would disqualify their spirit from the designation, again.

The Breckenridge Bourbon has an interesting mash bill. Composed of 56% corn, 38% unmalted rye, and 6% unmalted barley. “Green rye”, as the unmalted stuff is called, adds a spicier note than malted rye. The unmalted barley is an unusual ingredient for a Bourbon mash bill. It’s traditionally known for being an ingredient used in “single pot still Irish whisky” which gives it a fruitier and oilier quality. Explorations like this are part of the reason why the Colorado whisky scene is booming. There are over a dozen distilleries there, at least four times as many whisky distilleries than any neighboring state. It is a whisky oasis worth investigating.

Nose: Jabs of chocolate among sweet charcoal and grapefruit. Toasty pastries filled with raspberries, lemon curd and a drizzle of caramel. Delicious green notes roll over some heady rye spice, crumbled tea leaves and a mineral nuttiness, but don’t let it sit too long in the glass. It changes very quickly.

Palate: It tastes like clean snow melt in the first few sips before it turns the flavor over to tea-smoked apple slices and brown sugar. This is milder Bourbon, which grows slightly hotter and spicier as it approaches the finish with some black liquorice in the long end of the rye spice.

Upfront, this is a Bourbon with plenty of flavor and rye spice, but after a few sips and minutes breathing in the glass I find myself wishing it were a little less watery. I wouldn’t turn my nose up to a glass of it, though. In fact, if you’re looking for an easy drinker and don’t spend an inordinate amount of time with it in the glass then this might just be your whisky.

Thanks to the kind folks at Breckenridge Distillery for the bottle! Cheers!!!