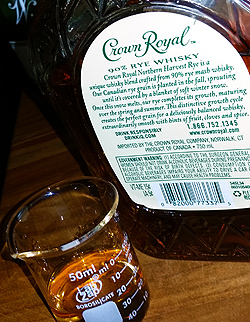 Today’s guest blogger produces a television program back in his native England titled Friday with Furray. A self-professed full-time whisky-writer, he’s only 16 years young but still old as hell in human years, and definitely smells like he’s been slightly damp for a very long time. He likes Buffalo Trace, but loooves going for a walk and will hump your leg whether you want him to or not. Here to talk with us about his decision on this year’s Most Unbelievably Delicious Turd, ladies and gentlemen, please welcome, Jim Furray!

HTDW: Thank you. The pleasure is mine. Thanks for making the trip to come see us. So, I read your book and it says you’re from Corryketterburroughtonshire. How did you like growing up there?

HTDW: Wow, that’s… heavy. You seem like such a casual guy about it all, though. Is that why you moved to Kentucky?

HTDW: Hahahaha! Yea, I hear squirrel is a delicacy out there, but if I could change the direction of the conversation really quickly, can we talk about the whisky for a second?

HTDW: Aw, what the hell is this??? Bad dog! Bad, bad dog! You’re lucky I don’t rub your face in that… somebody get this asshole out of here. Sorry about that folks.

Nose: A bit of cedar, spiced orange rind, and malt. There’s a Bourbon hint, but it’s more like a first-fill unpeated malt… or Cognac. Actually, it has a lot of those Cognac grape notes. Over the top rye perfume, like the chemical tincture Templeton uses to flavor their whisky. Is that… powdered carpet deodorizer? Actually, the more I smell it the more I think of carpet deodorizer, especially after taking a sip.

Palate: Watery. Canadian. Tastes a little bit like marshmallow, as if the light whisky component were replaced with Kansas’ mellow spirit whisky. It tastes a bit like wine; Cognac really. Rye kicks up once it makes it down into your chest. I really liked the first glass, but after another I started to feel like I was drinking perfume mixed with apple juice.

I understand feeling like you need a guide. It’s a huge market to explore. Maps are helpful, but nobody needs a gospel. Whisky is meant to be explored. It’s supposed to be fun, so while there are great whiskies and shitty ones, there is no singular “best whisky,” and if there were, it would never find itself on a shelf for $30.

*all characters appearing in this work are fictional. Any resemblance to real persons, living or dead, is purely coincidental. 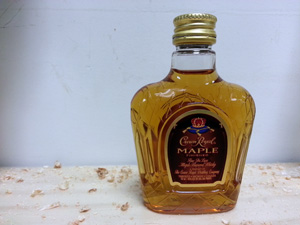 This is, easily, the most disgusting thing I’ve drank this decade. I refuse to even humor it with actual notes. At the store I saw the words Maple Finished and mistakenly thought it meant finished in a maple barrel. Imagine my crushing disappointment when I realized that they actually meant injected with flavored maple cancer. Pity the souls who wander here.

That there’s even a market for this is amazing to me. I understand the idea behind flavored vodka, but whisky?! Vodka has all the personality of a coma patient and tastes like rubbing alcohol. It could use a little character to hide the ethanol, but whisky has its own, much bolder character. If you like whisky then you don’t need to make it taste like anything other than good whisky. I feel like this product is indicative of two things: a national marketing paradigm that’s run out of good ideas, and a whisky market that needs a disciplined smack in the face. The effort that it would take to add actual maple syrup to your whisky, if that’s the awfulness you desire, is so insignificant that only an asshole would actually buy a bottle like this. For the difference between cost, you could buy a bottle of regular Crown Royal and a whole bottle of fake maple syrup with enough leftovers to put on your shitty pancakes tomorrow morning.

But that’s not to say this bottle is completely worthless. You can use it to identify which of your friends are completely devoid of sensibility and good taste. If you see it on someone’s shelf you know that they have no idea what they’re talking about when it comes to whisky and you can hide your good stuff from them when they come over to visit.