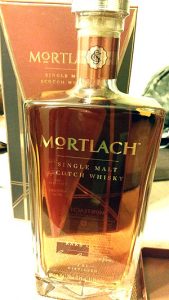 Losing loved ones sucks. It can shut down parts of your brain, parts of your personality… your blog, if you’re vain enough to have one. If you also suffer from depression, like me, it can get a little more complicated.

Depression can trick you into thinking you’ve always felt that way, that nothing will ever change, or if it does, it’ll only get worse. You can feel it physically. I feel like I can even see it when I close my eyes sometimes, so when terrible things happen in life, it can be hard to distinguish them from the every day, usual terror of being depressed. Life simultaneously becomes inescapably surreal yet increasingly difficult to be a part of. That seems like a normal part of losing someone, but for most people there’s an arc to the misery and a circumstantial reason for the suffering. When I think of depression’s impact on me, I measure it in confused lifetimes.

So a few lifetimes ago I lost my grandmother. I could write a book about when I was a teenager how I came to be legally emancipated from my mother. It would be long and angry, and probably the most boring thing you’ve ever read, but the story ends with my grandmother taking me in and offering me a place to stay. In short, she saved my life, so when she first went to the hospital for that last round of visits, well, you can see where my posts first get a lot less frequent; I can’t remember if that’s when she first went into the hospital or a little bit after it all started to go to hell, but either way it was a long, arduous journey once she was there and it wore me out.

It felt like I was already in the middle of a lifelong existential crisis, and losing her like that reminded me what it felt like to be completely empty again. Like a lost child. It’s easy to use alcohol to numb that away. I won’t lie and say I didn’t drink a few glasses to her on a  few different nights, but that’s a dangerous place to be for too long, especially in a stumbling city like Hartford CT. It’s easy to lose pieces of yourself to that. I started to feel pressured to drink more and began questioning whether blogging about alcohol was healthy for me. For a bit it was tough to justify, but I kept it online. In the end, I just needed some time… and sertraline. Mostly sertraline.

Is writing like this good for my depression? I don’t know. I feel like maybe it’s more of an indicator that I’m doing okay than the reason I am. On that note, whether focused or rambling, whether it’s good or bad writing in good or bad times, good or bad for me, writing this blog feels good so I’m going to start doing it again when I can.

Today, let’s talk about Mortlach, more specifically, their first widely available, official bottling in recent history, the Rare Old. Mortlach has traditionally only been available mixed in Johnnie Walker blends, as occasional releases by Diageo’s Flora and Fauna series, or from independent bottlers. They never really had a widely available bottling for the public so I was excited when this distillery, known for their bold and meaty whiskies, announced a new line of bottles back in 2014. Mortlach has a cult following, so asking more than $100 for the entry level, no age statement release, kind of tickled my bullshit meter, but I was still excited.

Nose: What nose? This isn’t at all like other Mortlachs. I’m used to finding some kind of beast in the glass, but this is a whimpering puppy compared to what I was expecting.

Palate: The low proof is damning… why am I even drinking this?! I’m suddenly angry. My dog is scared and wondering why I’m yelling at my computer. Rrrrrraaaaahhhhh!!! I feel like somebody just smothered one of my friends. Aaaaaand now I’m sad again… damn.

It’s not offensive, exactly, but if I wanted to spend upwards of $100 on a flavorless bottle of pedigree, I’d shell out the cash for some Johnnie Walker Blue Label. At least people know what Johnnie Blue is. Well, I guess in that respect it is offensive. Fuck this Mortlach!

Save your money, especially because there are plenty of delicious Mortlach bottles from independent bottlers still sitting on shelves at lower prices and better ABVs. This new bottle, which is neither rare nor old, definitely won’t please the esoteric tastes of the distillery’s current fanbase.