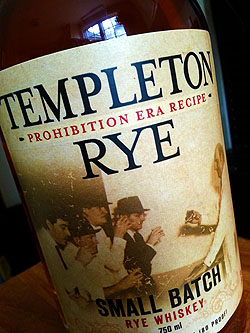 It’s officially rye whisky season, but before we talk about this one, I’d like to share a little of my blog’s history with you.

In 1981, Filipino immigrant and MIT student, Olan Guimatao, started an on-capmus whisky club to celebrate the end of martial law in the Philippines.

At first, there were a dozen members. They affectionately called themselves the Drinking Dozen, however, once official procedures were in place and membership numbers expanded into the twenties, they voted to call the club How to Drink Whisky and adopted a more instructional tradition.

A few short weeks later, three members got caught up in an embarrassing off-campus altercation that involved bribery and drunkenly fudging weather-satellite data for climate-change skeptics. Once the discovery was made, the University moved quickly to disband the group to protect it’s image as a reputable source of academics. Olan left the university to pursue a career in dike mapping research, and freshman roommate Charles Offdensen took the reins.

After the official dissolution, the remaining members re-branded themselves as a poetry club titled How to Draw Wind in order to keep their operations under wraps from University officials. They continued to grow their numbers in secret and in 1990 took to blogging. The first hundred entries were cleverly disguised as a collection of coded haiku and limericks that translated to tasting notes for various styles of whisky. The work was arduous but there was no shortage of dedicated whisky bloggers waiting for the opportunity.

After six months of ensuing fart jokes surrounding the clubs name change, the active chairman changed the name again, this time to HTDW. Members would give a different answer each time they were queried as to what it stood for, creating an air of mystery around the group that helped promote their cause virally. Some answers were funny, others rude, but when the remaining club members finally grew tired of counterfeiting concept art installations and bad poetry to hide their true activities, they took their club outside of the institution to a VFW in the Worcester suburb of Spencer, Massachusetts.

How To Draw Wind

Once outside of the University’s reach, they changed their name back to How To Drink Whisky and began openly hosting tastings and blogging under their full name instead of the ambiguous acronym they were saddled with at MIT. Membership dwindled, people grew old and lost interest, and in 2004 I won the club at a card game in Springfield, Massachusetts. After a few years of inactivity I drew up a shiny new logo. I dusted off my lap top and revived the blog, once more, in 2012.

So that’s it. How To Drink Whisky is going on 33 years old (a few months older than me!), has survived 8 Summer Olympic games, one Mayan apocalypse and five US presidents. This is history you’re reading right here. Proud, Yankee history, as New England as Clam Chowder and parking like an asshole when it’s snowing out. I am the last in a long line of unrelated whisky folk going back all the way to the golden age of the waterbed.

Now, if you’re the type to believe all of that, then the jokers over at Templeton Rye have an awesome story about Al Capone, a Moonshinin’ town in Iowa, and a handed-down recipe that is really just the 95% rye mashbill sourced from Lawrenceburg, Indiana’s MGP Ingredients. I feel like I’ve been drinking a lot of MGP’s 95% rye lately, not that that’s always a bad thing.

In this form, Templeton is available in 30 states and counting. They say they’re in an experimental phase, though, partnering with local breweries and distilling different mashes. It’s unclear how long it will take before we see an actual Iowa product and whether or not it will be 95% rye and 5% malt, but all marketing gimmicks aside, I’m in no hurry to see them start to distill their own; the stuff they’re sourcing here is good for now.

Nose: Gingerbread cookies mixed in with chunks of hardwood charcoal. Dusty barn board adds a light and farmy wood dimension. Butterscotch Lifesavers and baked banana… it kinda reminds me of banoffee pie. Opium and absinthe. Vanilla, lime and lemongrass round out perfume and traces of menthol.

Palate: A nice crisp rye. The gingerbread from the nose is obvious. Bags of Werther’s Originals and hazelnut creamer between wafts of caraway and a pinch of minced chives. Mildly spicy finish that doesn’t overstay it’s welcome. Very easy going and effortless to drink.

This rye whisky reminds me of the Angel’s Envy rye, another brand that utilizes MGP’s distillery and 95% rye mash. The gingerbread is huge, though not quite as big as the Angel’s Envy and not as such a nice proof. This is a very soild example and for $35 a bottle it’s greatt! Olan Guimatao would be jealous… had he not passed away in 1999 from an ironic coccyx failure. Apparently, wind is not meant to be drawn.

Thanks Derik Malone of Infinium Spirits, for the bottle! Cheers!!!