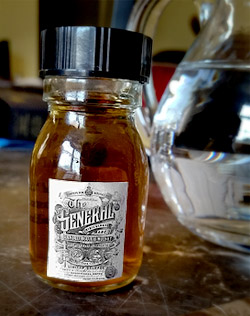 Some people are reserved. They’re hard to pry or get to know. You can ask them a bunch of questions but their answers will stay short and professional. My father’s side of the family is almost entirely the quiet type. My dad grew up in Montana; his dad moved there from West Virginia because… um… I don’t quite remember, but I thought it had something to do with shoes. Or was it that it was getting too crowded for him in WV? He’s hard to talk to on the phone so I’ll probably never find out.

On the other hand, some people are verbal geysers and will talk whether you want them to or not. My maternal family are mostly talkers. My aunt will call to ask me a question and suddenly it’s a half hour later. Talking is fine and all, but occasionally my brain just needs me to stop doing things like holding a phone or paying attention. I try and think of a way to break away politely and then I freeze up. Occasionally, it gets so bad that I come down with conversational Stockholm Syndrome. I forget that I’ve been trying to hang up for 20 minutes and accidentally start an entirely new conversation.

The General is a blended Scotch which, in homage to blending, is a perfect balance of these people… if people were whisky. You don’t need to try very hard to get it to talk to you, even if you’ve never met it before, but it keeps it’s weird political views to itself even once you’re more familiar. It’s just a really nice whisky.

My maternal uncle, Brody, talking about his last trip to the dentist.

The ad copy posits that an unamed blender vatted a few young whiskies for bottling and for one reason or another, instead of bottling it, they poured the blended Scotch back into casks. After 33 years, two groups of these blended casks made their way to John Glaser, one group much older than the other . They would be blended into a limited release of only 1,698 bottles.

Palate: Bushels of malt and dark, almost burned, caramel. Earthy and green, like fresh spring pea tendrils. Spicy cinnamon and rolling tobacco. Freeze dried orange peel sprinkled over glazed doughnuts. Plums lacquered with sherry. It has a very light smoke from the hyper-aged peat stocks that seem to have melted into glutamates. Chewy, punchy, Bourbony, with a long spicy finish, and a schizophrenia that turns itself bold or mild mannered depending on why you’re drinking it.

The decades of maturation add depth to the blend’s mild disposition and all the component whiskies are easy to enjoy in unison. This is something special for sure.

It was supposed to retail for around $300, but trying to find a bottle now might leave you missing a kidney. I hesitated to highly recommend this one based on the price, but the label’s design and the whisky’s pedigree are both too charismatic to dismiss. I’m not one to usually buy bottles over $200, either, but if you can find a bottle of The General on a shelf priced in the 300’s you’d be a fool not to grab it up.

Thank you to Chris Maybin from Compass Box for providing the sample!