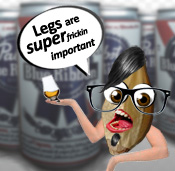 The Snob – The snob only drinks single cask, single malt Scotch. They may or may not own a decanter; if they do own one, then they’re blissfully ignorant of how terrible decanters are for whisky. The snob has never tasted Jack Daniel’s, mostly out of principal. They also usually write a successfully agreeable blog that appeals to other snobs. They never swear and get an enviable amount of free shit. 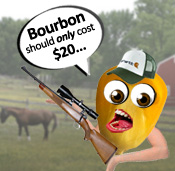 The Anti-Snob – The Anti-snob usually loves crap like Old Crow and Ancient Age. They incessantly repeat that age doesn’t matter. The Anti-Snob loves ice and also loudly proclaims that people are entitled to their own opinions. They are easily infuriated by people who’s opinions are that ice, Old Crow and Ancient Age are awful. They call people snobs for having negative opinions while completely unaware of the irony of their own demand that people never imply demands. When they meet a garden variety snob, both drinkers are pulled together and cancel each other out in an explosive flash of light, having been transformed into pure energy.

The Status Drinker – The Status Drinker has an enormous whisky dungeon… sometimes next to their porn dungeon. Nobody is really sure how much it costs or whether the owner is capable of drinking it all in one lifetime. They love to tell long-winded stories about certain bottles and brag about obscenely priced ones, but will never drink or sell them. Probably lonely, and may be existentially depressed. They almost always own whisky stones, whisky condoms (whatever those are), an aerator and $200 worth of assorted glassware. Curiously, the Status Drinker also has the exact same opinion about any brand as the one published in Whisky Advocate magazine.

The Loyalist – This one is a peculiar fellow. The Loyalist claims they love whisky… but only drinks one brand, like Jameson. In fact, you’re pretty sure they haven’t tried anything else, ever. When presented with a brand outside of their experience they don’t know what to do or say. The loyalist is easily identified by the frequency with which they posts pictures of their brand on Facebook or Twitter. Getting upset when you go out and their brand isn’t available, the Loyalist often willingly drinks Coors Light as a replacement. 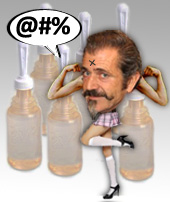 The Mel Gibson – In true asshole form, the Mel Gibson often buys rare whisky while it’s still widely available and immediately tries to sell it on the Bourbon Exchange for a 300% markup. They are bizarrely self-righteous and ironically out of touch with the things they love. Frequently, they tell you things are blasphemous. The Mel Gibson usually hates Jews, but only vocalizes it when drunk, and always needs a long series of meaningful punches in the face.

The Cigar Guy/Gal – The Cigar Guy or Gal always disagrees with your comments about the flavor or aroma of particular whisky, because they can’t really smell. They also make wild accusations like, this Auchentoshan Valinch smells peaty, this Ardbog is terrible, or this whisky is great with this cigar. Will make your house smell like formaldehyde and cat urine if you give them the chance. Smells bad even after showering which means they’re also very likely to slay your face with their perfume, cologne, or Axe body spray.

The Diet Coke Guy/Gal – Hangs out at dive bars and only owns shot glasses. Might still be in college. Can I get a chaser with that? Make it a Diet Coke. What are you talking about? Diet Coke is delicious! The Diet Coke whisky drinker never sips their whisky. They are also completely comfortable with honey flavored Dewar’s and don’t see what all the fuss is about. Their counter tops are chronically sticky, and despite their inability to enjoy the flavor of hard liquor, they have an impressive, full-stocked bar.

The Googler – Loves Jim Murray and top ten lists. Googlers might even write a few lists themselves. Pappy Van Winkle is da shit! Also, there is no difference between Pappy Van Winkle and Van Winkle Special Reserve; it’s all, apparently, Pappy. Buffalo who? Hold on (typing typing typing)… oh, I get it; yeah they’re good, too. The Googler paradoxically believes that Bourbon can only be made in Kentucky, despite the accessibility of the Federal Code that defines it. The Googler doesn’t follow one blog so much as Google whatever whisky they want to know about and take whichever blog comes up as gospel.

The Contrarian – The grand hipster of whisky, The Contrarian invariably hates whatever you like. They think the old stuff was better and only drink cheap swill, but claim to have loads of high-end whisky experience. Sometimes seen wearing bowties, the Contrarian often smells bad and listens to annoying music while drinking.

The Grammar Whore – This one swears there’s a difference between whisky and whiskey. The Grammar Whore is also blissfully unaware of the etymology of the word and would much rather attack your spelling errors than have a conversation about whisky where they can respectfully disagree with you. They typically love unnecessary distinction, semi-colons, and Oxford commas. The grammar whore not only knows what an ad hominem attack is, but has used that very phrase at least twice while making an ad hominem argument themselves.

The Troll – Pretty much anyone who is going to comment on this post with some snarky bullshit. Bourbon sucks, Scotch sucks, and Canadian whisky really sucks. Yes, I’m talking to you. Trololololol. 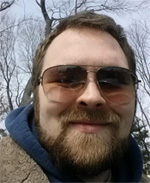 The Blogger aka The Know It All – The Blogger is the hugest dick of them all. They often make fun of random whiskies and people for increasingly esoteric reasons. May or may not be a brand whore. Probably doesn’t know what they’re talking about and has a hard time just enjoying a whisky without having to vocalize dumb observations about it. The Blogger often lords over people for things like whether or not they have business cards, whether or not they accept or disclose free samples, the size of their collection, people they know, or how much better they are at writing than you are. Avoid at all costs.