Exclusive Malts is a label of single-cask single malts chosen by the brilliant David Stirk for his project, the Creative Whisky Company. The company’s name is pretty accurate, as well; these are some awesome casks, chosen for their atypical qualities. Among them, this Ledaig is amazing. Goddamn amazing.

This sample was taken from 1 of only 341 bottles, matured in a first-fill, sherry hogshead. It’s peated, but while a lot of peated whisky can seem one note and difficult to smell anything beyond the peat itself, this one unfolds constantly. You get a few moments with each wave and then it moves you on to the next. It’s a savory dish, served in a rustic setting, by an old memory. It’s poetic and dynamic, the way all single cask releases should be. It brings me back in time while making me look forward to future releases.

Good single cask whisky is like a moment; when it’s over it’s over forever and you can never pay it another visit. In that respect, good single casks make me sad, but in a beautiful, it-was-a-good-life kind of way. Stirk isn’t into writing sad poetry, though. According to their website, he’s more into telling jokes. I asked him to send one for me to post here and he politely declined, saying his jokes were more like “long-winded… groan inducing” stories. As a tribute, I offer you this “groan-inducing” joke. 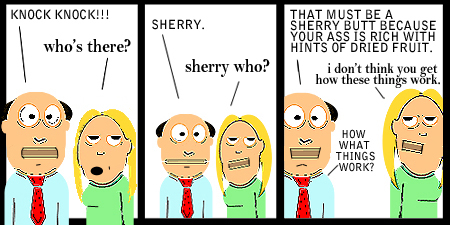 Nose: Nacho and Cool Ranch Doritos mashed up together! Lobster consommé. Funky, amorphous peat woven between individual wafts of herbed toffee, peanuts, construction paper and pine boughs. Hot seat belts, wintergreen and Parmesan. This one unfolds over and over again, unleashing so many new flavors that it’s hard to write sensible notes about them.

Palate: Peanuts!!! Unusually savory with a fiery finish that swells up on the first sip. Mild but omnipresent peat. Bay leaves and dried bell pepper. Smashed peppercorns and tangy smoke. Baking soda and barbecued lemon. As with the nose, the palate has lots of stories to tell. Amazing!

The more Exclusive Malts bottlings that I get to try, the more I love them. This one, unfortunately, is not only very hard to find because of its limited numbers, but it was also a release targeted at Belgium and the Netherlands. So, anybody going to Antwerp, I have a small favor to ask of you…

Thank you to Jason Johnstone-Yellin of Guid Scotch Drink for the sample. Cheers!