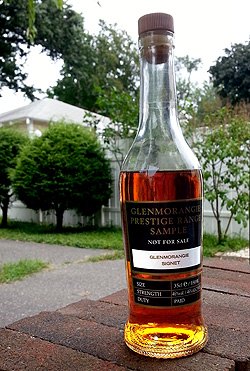 Recently, I’ve been contemplating a format change. While my friends can certainly verify that my lack of comedic skills is much funnier than my actual comedy, I’ve always written this blog with the intention of being more entertaining than the regular cut-and-dried bloggers out there. Not that there’s anything wrong with being factual and to the point, I just don’t have the attention span for it. Like most Americans, I like shiny things and people being angry about stuff, stuff that validates my inner douche bag and makes me laugh, so in between tiny morsels of actual information that’s what I try to write.

Imagine my surprise when I realized that I’ve been getting it all wrong. Perusing Buzzfeed the other day, it became clear what I need to do. Apparently the real money is in articles about lists and celebrity gossip, so here are a few of the amazing stories you’ll be seeing here soon: 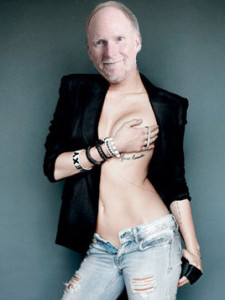 Ooooo! Nevermind. Opening and tasting this bottle of Signet has changed my mind. I want to write about delicious whisky, again… right after I Photoshop this raunchy pic of John Hansell, just in case.

I don’t like to brag, but this year I’ve been lucky enough to sample so many great Glenmorangie’s in a row that “awesome” has almost become too routine to notice. Thankfully, this spleen-explodingly amazing Signet is unusual and delicious enough to keep me very interested.

I think what I like most about this one is that it’s not like the rest of the Glenmorangie line. It doesn’t seem like it’s trying to be as accessible to the masses, which is my one criticism of the brand as a whole, a label which doesn’t make a lot of very risky decisions. It seems like the Signet diverges from the classical vision of the brand here, and makes an atypical move in a slightly bolder direction. This one has a strong psychological hold over me. If most single malts were ales or lagers, this one is a delicious stout.

Nose: There are loads of Szechaun peppercorns and minty pine boughs at first. Spent hazelnut coffee grinds, popcorn and clove. After a few whiffs it clears the way and starts to smell a little bit like refried beans with a lavish, whole-wheat breadiness. For a minute it smells like those wet-naps you get when you order ribs or lobster, then on to milk chocolate covered orange peels like my late great-aunt used to make on holidays. Fruit cake. Rye vinyl, handfuls of fresh torn maple leaves and Izmir Stingers, for those of you who smoked way back in the year 2000. It gets slightly more chocolate-y as you progress.

Palate: Hot, Szechuan peppercorns again, but only for the first few seconds; after a few minutes it completely disappears. Rich and savory with creamy cocoa powder, hazelnuts, buttery popcorn and traces of sweet pipe tobacco. Fig extract and spent apple peels run the middle, but it finishes like a strong cafe macchiato. The nose is definitely my favorite but the palate is great, too. The coffee notes are uncanny.

Chocolate malt, virgin white oak and a portion of whisky over thirty years old… the rest of their web copy is mysterious about the entire composition but this is definitely a beautiful Frankenstein of perfectly executed, disparate techniques. Young and old, light and dark, white and pendunculate, fresh and used. There is definitely a heavy sherry influence which they don’t explain, but really, there is so much going on here that it’s almost senseless to make assumptions.

Thank you to Gretha Smart and David Blackmore for the sample!

I like my whisky like I like my steak; well-aged and extremely rare. I usually hit them with some salt and pepper, and then throw my steaks ... read more