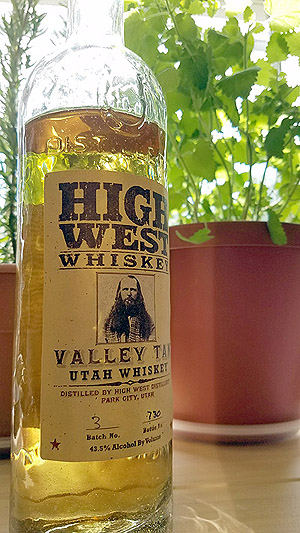 There’s an arms race going on in the world of hot peppers. Most people have heard of the ghost pepper by now, the former hottest pepper in the world according to the Guinness Book of World Records, but since 2007 four others have taken the title, the latest contender winning the title in 2013… the Carolina Reaper.

What makes the Reaper so hot? Well, in normal chili peppers most of the yellow capsaicin is in the white, fleshy “fins,” otherwise known as the placenta. In superhots such as the reaper, the veins that hold the capsaicin grow all over the inside of the flesh and not just the placenta. The flesh is also rolled around and folded so the actual size of the pepper is misleading. In a normal pepper, when you remove the seeds, you take out most of the spice, but there’s no such shortcut with the Reaper. It’s everywhere.

I can tell you… this shit is HOT! Worse, it tricks you. Once you start chewing, the unreasonable amount of oily capsaicin takes a few seconds to settle and connect with your wet mouth flesh, so at first you say to yourself, “Naw, this isn’t that bad. It’s actually kind of good!” Then it makes you look like a complete idiot. It slurred my speech, destroyed my concentration, and the morning after it proved something I never really believed in all my years of loving spicy food: hot in, hot out.

So, now that you just learned something really cool, let’s talk about something really dumb: this whisky. This whisky is dumb. Really, really dumb. I would rather try to eat an entire Carolina Reaper than cough up another $60 for a bottle of this garbage. I’m kind of sad that somebody burned a shitload of fossil fuel to bring this to me. 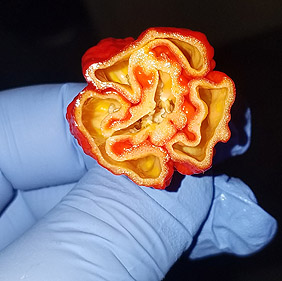 Having tried a lot of fantastic whisky from the Utah based distillery, I can’t see how any sane employee there would think selling this was a good idea. It’s not like they have terrible taste in whisky. On the contrary, their rye whiskies are some of my favorites. How did this happen?! I can’t even bring myself to repeat the bogus story they sell this crap with so I’m going to truncate it.

The Mormons who settled Utah had all kinds of crazy ideas: like how men should have as many wives as they can manage; Native Americans were from Israel; magic underwear; black people are cursed by god; and Mormon whisky, if it tastes anything like this, was delicious. I could go on… but I won’t.

Nose: Oof! Wood. Like a freshly sanded floor in a house made, finished, and furnished entirely of wood. Even adding bitters and citrus-y syrups can’t overcome the stomach wrenching wood. It smells like someone took a whisky that wasn’t quite ready and then cut it with a whisky that definitely wasn’t ready.

Palate: I wasn’t sure it was possible, but it tastes woodier than it smells. It kind of reminds me of Kansas Spirit whisky, except, you know, more terrible and not nearly as sweet. I kind of wish they advertised with a similarly douchey campaign as Kansas, because at least then I would have had a laugh, too. If you can choke down the wood, there’s some buiscut-y flavor… like a biscuit made with sawdust. If you really dig, there’s an indiscernible fruitiness I can’t quite put my finger on.

In one sense, this whisky has a lot in common with the Reaper. There isn’t a whole lot you can do with it that everyone will love. In fact, only a certain subset of people who like chili peppers or whisky will try to grow or acquire them, and an even smaller set will actually enjoy them more than their less infernal cousins. In a historical sense, this whisky was interesting for about ten seconds while I thought about how this was designed to taste like the booze of antiquated Utahn society. As a repeatable commodity, both seem kind of dumb, with the chili being a little less so. The rest of my Reapers will be mixed in with friendlier peppers and enjoyed in moderation, while the Valley Tan will sit on a shelf undisturbed.

I’ve read rumors about the next hottest pepper coming up… the HP56 aka Death Strain, roughly 50% hotter than the Reaper or almost 1,200 times hotter than a mild jalapeno. I can’t imagine how much hotter that is any more easily than I can imagine how much worse High West’s next dumbest whisky will be. I don’t plan on trying either… but then again, if I know anything about myself it’s that I’m curious to the point of extreme stupidity.