To summarize a hundred bloggers who wrote about this before me last year, in 2015 Bryan Davis of Lost Spirits fame announced that he was waiting for a patent. Studying a 20 year old rum, he claimed to have made a machine that could take a spirit, fresh off the still, and combine it with oak in a way that would create a cocktail of chemicals with a similar composition to the older spirit.

Every serious whisky drinker anywhere collectively rolled their eyes at the announcement. We’ve all heard that story a hundred times. Sure you can change that spirit dramatically by boiling it in a pressure cooker, spiking it with sawdust, or shaking it violently, but it will always taste at least a little but like mulched goat piss… and those sad, New York hipsters will love it just the same.

I’ll admit, I was as jaded and skeptical as the rest. At first, I secretly hoped it wasn’t true, that whisky-arsonist and friend of the blog Davis hadn’t just committed the ultimate whisky maker’s faux pas. Now he’s got a waiting list of spirits companies in line to lease his machine. The first to sign up, Rational Spirits, just released their flagship rum, Santería. Looks (and tastes) like success to me.

Discussing it with Davis, he’s clear that he’s not selling a machine. It’s more like he’s selling a mad scientist starter kit with warranty and consultation with an actual mad scientist… and there are good reasons why he has a waiting list now. Analog maturation’s main drawbacks are that it takes lots of time and then there’s usually a high degree of variability in each individual cask. Davis’ digital setup makes the best effort yet to control that variability and make a product extremely uniform on a much faster pace. The implications for the spirits business are exciting… and certainly a bit terrifying. 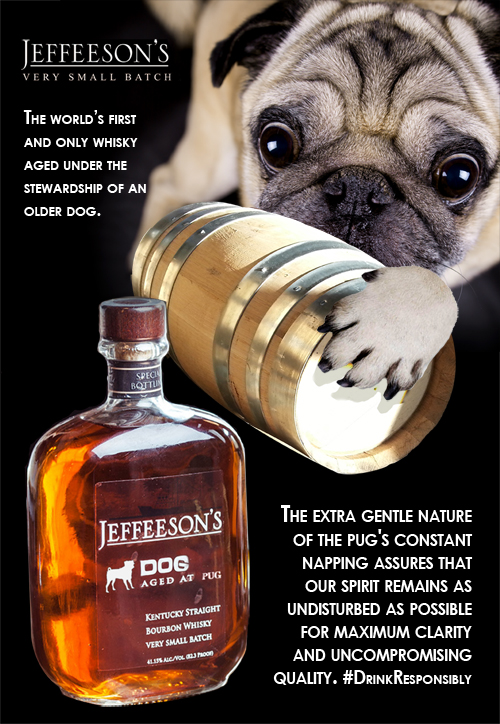 It’s not a box you pour liquor into, press a button and after a period of time it spits out 20 year old brandy. At the same time, this specificity seems to be one of it’s most desirable assets; with Davis’ reactor, the product will be exactly what you craft it to be, and once you set it up, it will produce consistent results over and over. You like that honey barrel you found by the rickhouse window? Analyze it in the spectrometer and imitate it. If you know what you want in a whisky and can provide a sample for analysis, you can probably make it.

In the end none of this written chatter really means anything if the product doesn’t taste real. I was expecting an uncanny valley of sorts, where the spirit would be close to old rum but something wouldn’t seem quite right in an almost imperceptible way. Not the case. Santería is undeniably delicious. For $36 a bottle, too? Get the fuck out!!! Now, I can afford to drink mai tais all night long! Does it taste exactly like the 20 year old rum they tried to imitate? I can’t say, but it’s damn tasty and if you told me blind that it was an honest 20 year old, I would believe it.

So how does his machine work? Well, there are a few different processes that happen in different parts of the setup. Once you have a snapshot of your target spirit’s profile, your own spirit as it came off the still, and snapshots of all the components, you juggle these four processes, analyzing it along the way to create the final spirit.

I won’t bore you with too many details but one process holds wood suspended in spirit at a precise temperature which seems to extract a catalyst from the oak. The spirit is held at other temperatures which are tuned in to expedite reactions between the various carboxylic acids, phenolic acids and alcohols created or extracted in the other processes, speeding up the creation of precious, targeted esters that typically take long periods of time to form. Another process utilizes photocatalytic science. Pondering the way the sun was breaking down the surface of his deck, Bryan realized wood degrades in sunlight and unleashes a lot of the same components unleashed when wood breaks down in alcohol, most importantly lots of precursor acids. So another stage employs an extremely powerful light, powerful enough to give you a sunburn in under a minute, shining it at the wood suspended in alcohol to accelerate the break down of the wood. One process bubbles measured amounts of oxygen into the spirit to convert certain acids into aldehydes. The last process is another temperature process that utilizes bacteria from the wood to create new carboxylic acids which would usually be breathed in by the barrel and later converted to esters. Wash, rinse, esterify, and repeat.

So is this the end of barrel aged spirits? It could be. At the very least, it’s changing the landscape and understanding of the aged spirits industry. I knew this guy was going to do great things.

Thank you to Bryan and Joanne for the bottle. Cheers!