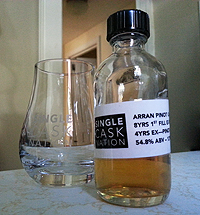 About a year ago, blogger and whisky buddy of mine, Joshua Hatton, announced that he and two friends were going to start an independent bottling venture, titled the Jewish Whisky Company. Their membership, the Single Cask Nation, will be privy to exceptional casks of “kosher by nature” cask strength whisky marketed towards those who choose to abide by the dietary restrictions of their faith.

Sure I’m a Gentile, but it sounded really cool. I was sure that the whiskies they chose would be really good, spiritual implications and all, and there were no religious requirements for membership so I jumped on the opportunity to join. Chatting with him and his partners, Jason from Guid Scotch Drink and Seth, has always been a very cool experience, and for the Facebook community alone I never regretted for a minute having to wait to see what kind of whisky they brought back from Scotland. Well, it’s almost time for the public to get a chance to taste what they bottled. An exciting time indeed!!!

I received a sneak-peak sample of their Arran bottling, a dram that spent 8 years in first-fill bourbon and 4 more in a Pinot Noir cask. To say I was excited to try this one is an understatement. Not only is Arran a tasty drink, but juicy red wine casks are awesome and this one definitely did not disappoint. In the spirit of good fun, I will write this review in the style Josh would write it on his own blog.

On the nose- I expected that classic Arran vanilla/hay note, and I would argue that it is in there somewhere, but what caught my nose first was Szechuan peppercorns. Next come the apricots, dark grape reduction and mixed berry tart mixed with orange zest and a few floral notes. It’s a very peppery dram all around with roasted green peppers flushing it out. General Tso’s sauce? Is that the Szechuan pepper again? It’s everywhere. Fresh and delightful with just enough stone in it to round it all out. After you thought you smelled it all there’s a tiny bit of maple syrup waiting for the last few drops in the glass to dry out.

Palate- Starts with a nice crisp cereal sourness followed by a firm malty note that plays well with the bright top notes that never go away. There’s an almost imperceptible funky phenolic note married to some chocolate underneath. Five spice? Nice and hot! It’s a sharp palate with lemonade and sweet oak. 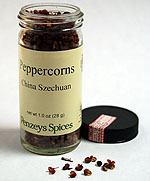 Finish- The finish lasts and lasts with none of the usual bitter notes. This is one of my favorite parts of this particular whisky. It’s got the numbing Szechuan peppercorns in droves and they don’t want to leave the party.

In Sum- Surprising to say the least. This whisky is definitely one of kind. It is the true embodiment of single cask in that it’s got a unique character you won’t see again. There’s almost a puffy texture to the nose, like I’m sniffing a cloud. In fact, I’m sitting on my couch at home as I drink it, and it’s taking me somewhere fresh and wide open.

Thanks for the preview, Josh!!!