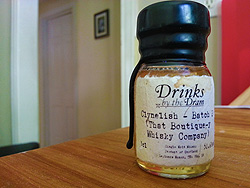 I was super excited when the delivery guy brought me these samples and even more so when I opened the box and saw that they were from Master of Malt’s new Boutique-y Whisky Company label. Independent bottlings are an adventure, sometimes awesome, sometimes terrible, making the victories all that much sweeter. As he handed it over and asked for my signature, he had a look in his eyes like he knew what was in the box. It was as if he secretly wished I wasn’t home so he could forge the signature, steal the package and run off into the woods with it. 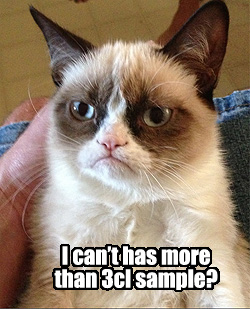 Clynelish is already a covetable distillery, but this one? It made me whole again… and then it made me angry. I felt like a junky that just overdosed. Things were warm and soft for a while. Then there was some half-attended panic. I stopped breathing and felt the warm embrace of that god I was never quite sure about envelope me as the oxygen left my diseased brain. I felt like everything was finally going to be alright… and then some sadistic asshole with a defibrillator brought me back to life. Back to this cold, terrible world. They only sent a 3 cl sample?! For my metric-illiterate American readers, a single, lonely ounce?! It should have come with a disclaimer: Warning! Do not consume. May cause existential crisis. Gah!!!

Palate: Golden syrup and coriander. Black pepper and apples with a cooling vapor on the back of the palate. Hot first and then the sweetness unfolds afterwards. Dig for the pear. Wonderfully hot and stony. Mildly leathery. Smoked tomato in the long gone echoes of the finish.

Better than lolcats and grumpy cats combined. Thanks to the lovely folks over at Master of Malt for the sample!