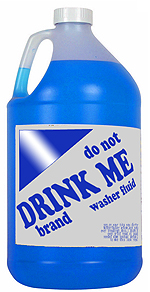 I have a secret… I’m in love with the smell of windshield washer fluid. I don’t know what it is. Maybe my clumsy Italian mother dropped me one too many times as a baby. Perhaps the fluid’s ghostly blueness hypnotizes me, like a moth to a bug-zapper. Maybe it’s because, as ambrosial as it smells, it is a forbidden fruit, a lethal Pomegranate hanging in some ancient Mesopotamian garden that time forgot under the hood of my Volvo; Should I ever dare to taste it, somebody’s god would surely strike me down. Not everybody feels the way I do, though.

Like windshield washer fluid, peat isn’t the most obvious thing for people to think of as delicious. But fortunately, unlike windsheild washer fluid, peated whisky won’t kill you if you drink it (in moderation). Still, not everybody likes the smell of bandaids and decay, not that those are the only notes you’ll find in a nicely peated whisky. So how do we share our love for this substance with the world? How can we frame it to show the non-initiated why we love it so? That’s actually an easy question to answer: marshmallows!

I usually try to use a single malt scotch like Port Charlotte’s PC6 when I make these. You don’t have to use Port Charlotte though. Any other heavily peated whisky would work. Lagavulin would be nice! You could even go one step further and try experimenting with Bourbon or Rye whiskies. Bottlings in the Port Charlotte line are nice and complex so when you lay them out alongside the sugar and vanilla, you’ll find that a lot of the unique flavors unfold and suddenly become accesible for folks who may not share an obvious affinty for peat. Without the fire, the copper suddenly becomes delicious and the fruit can come out from under the rubbery notes. The peat wants to be sweeter, so adding some sugar opens it up and the beast starts to tame itself.

Eat these marshmalllows over vanilla ice cream, toast them by the fire, make s’mores. There are so many possibilities. Go crazy!

In a mixer’s bowl bloom:

Then in a sauce pot over medium heat mix together and bring to 245*F (firm ball stage):

Remove the hot candy mix from the heat. Turn the mixer on low and slowly drizzle the hot candy into the bloomed gelatin. Whip for 7 minutes and remember to take the time to bask in the heavenly smells that will rise from your mixer bowl. Next move the marshmallow to a greased 9″ x 9″ pan. If you want thinner or thicker marshmallows use a bigger or smaller pan respectively. Let cool uncovered at room temp for 10 hours. Remove from pan, dust with powder sugar, cut with a sharp knife and dust again. Store in an airtight container if you’re not going to eat them soon.