We came in a few minutes early to get our press passes, and before we knew it we were surrounded by hundreds of ambassadors and aficionados alike, caught up in whirlwind of whisky, kippahs, food and cigars. It was a three hour jaunt through some of the best offerings the market had to offer, and before I knew it, it was over. People poured out into the streets beneath a purple-lit Empire State Building and a cool mist that held off until the very end, dizzy from the sheer volume of new experiences they left with. Time flies when you’re having fun and this was an amazing event. Kudos to the Jewish Whisky Company on a job well-done! 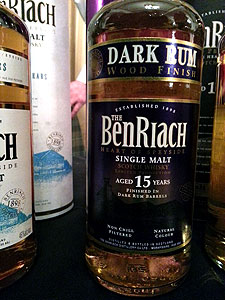 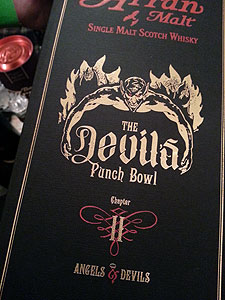 The hard work and affable personalities of the company’s founders, Joshua, Jason and Seth, guaranteed a good show. These guys are very easy to talk to and clearly love the work they’re doing here. Though, the other half of their success was timing and opportunity.

Last year, the nationwide goliath, WhiskyFest, moved their event from a Tuesday to Friday. This year they followed suit by expanding the show to Saturday, as well. The move prevented a large population of Jewish locals from attending, leaving an opportunity for the three to throw their own event for those observing Shabbat, the Jewish Sabbath, which commits observers to rest from sunset Friday to Saturday night. This was their second year throwing the event, and it looks like they have the momentum to keep going strong for a third. 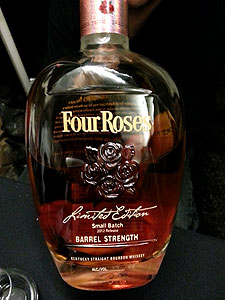 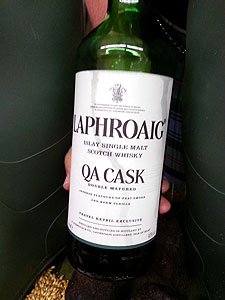 So Thursday morning, my wife and I drove to the city, met up with the bloggers from The Coopered Tot, It’s Just the Booze Dancing, SmokyBeast, What Tastes Good, and Whisky Lassie for Elevenses, Luncheon and Afternoon Tea. We loaded up at Keen’s Steak House and shared a few laughs under the pipe strewn ceiling before hurrying off into the night. Those are all great blogs you should check out, by the way. 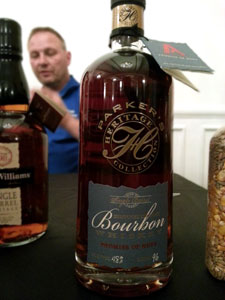 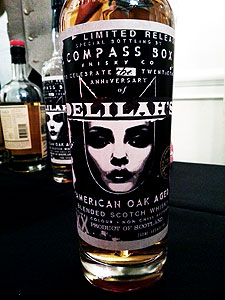 At the show, Auchentoshan and Glen Garioch took their Virgin Oak releases for a test ride. Heaven Hill had a great line-up that included their highly sought after Elijah Craig 21 year and Barrel Proof releases along with the Parker’s Heritage Promise of Hope. Four Roses had a few hidden goodies, including their much lauded 2012 Limited Edition. Wemyss brought a beeeautiful 30 yr Coal Ila titled Heathery Smoke. Highland Park brought some Loki to share. Glengoyne’s heavily sherried 21 year, Tomintoul’s sweet and malty Reserve 31 year, Canadian distiller Still Waters’ Stalk and Barrel, the not-yet-here-in-the-US Miyagikyo, there were so many noteworthy spirits in attendance it’s unreasonable to list them all.

Outside there was a cigar lounge. There was food, too, but I was too busy looking for top-shelf whisky to really notice. Judging by the mob of hungry festival goers attacking the tables I’d say it must have been really good. I think I even saw friend chicken skin at one point. How awesome is that?! 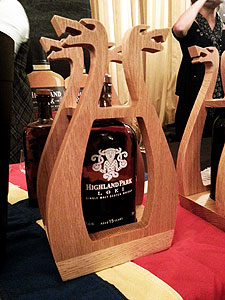 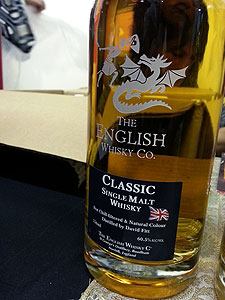 Among my favorite whiskies for the night were Arran’s The Devil’s Punchbowl Chapter II. Like the movie Alien, I’m not sure it needed a sequel, but it definitely got one worth the franchise.

Of course the Single Cask Nation’s festival bottling of a 15 year Heaven Hill was amazing, too, though I had been privy to a sampling before the show so my readers already knew my opinion on that one. You’ll be glad to know, I didn’t nunchuck one single person in the face to get to the table to sign up for a bottle. I walked, very patiently, over to the sign-up list without incident. Yay, self control! I’m not a terrible human after all!!!

Laphroaig’s travel retail exclusive QA Cask was also mighty delicious. I think not being able to find a bottle anywhere definitely makes a spirit more covetable, but Laphroaig’s effort here is definitely a worthy one whether it was easy to find or not. This one was hiding in “the welly”.

BenRiach’s dark rum finish was also on the top of my list. BenRiach finished this one in Jamaican ex-rum casks for around 3-4 years. The spirit actually came out of the cask lighter in color than it went in, and though my camera didn’t really capture it, the spirit took on a strange, light-green tinged hue. 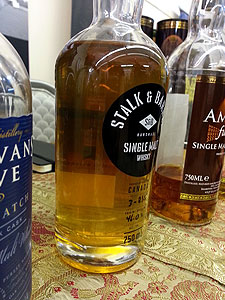 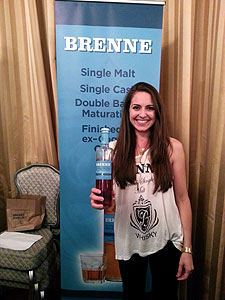 Finally, I’d be remiss to not mention Allison Patel’s label Brenne: French single malt matured in virgin oak and finished in ex-cognac casks. This whisky tastes like Nerds-crusted candy corn in a box of Luden’s cherry cough drops. Amazing!!! This is gateway whisky, dangerously delicious stuff, and I’m excited to see where this brand ends up in a few years. At the moment, Brenne is poised to be on shelves in over 30 states by December, so keep your eyes peeled!

I’d like to thank the Jewish Whisky Company for inviting me and all the brand ambassadors for giving me an opportunity to try so many awesome spirits. Cheers! 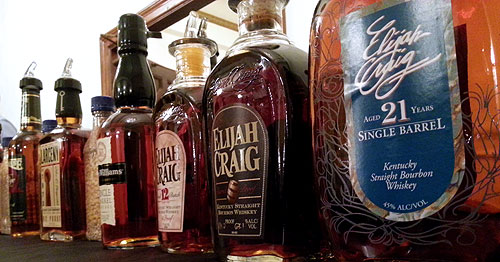