You may have noticed I disappeared from the blog for three months. I hate when that happens. Blog silence is like nails on chalkboard to me. It seems like this just happened, too.

Truth is, when I saw this year’s new venue for the Whisky Jewbilee, I was so excited that I funded a time travel experiment to get there faster… and it worked! I didn’t have to wait to go to the show!

So you may see the large gaps between postings here and begin to think that I don’t take whisky blogging very seriously, but I assure you, on the contrary, I take everything I do, very, very seriously. 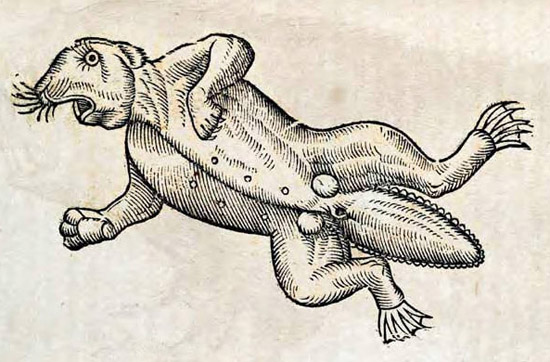 Like my blog, this beaver is completely fucking serious.

But the real reason I haven’t posted in so long is cool enough that it doesn’t actually need a sarcastic cover story. I passed clumsily through allergy season and then joyfully into a mild barbecue season. So, in the beginning, it was pollen and delicious pecan smoke taking up all the free smelling-abilities which I usually allot to whisky. Then, there was a quick vacation to Vermont. My wife and I did some hiking. I built a chicken coop for fun and we bought some chickens. I did a lot of stuff, and most importantly, I recharged.

We all hope to return from our sabbaticals with new inspiration and the ability to become better than we were when we left, so it’s fitting that donning the press pass for the 2014 Whisky Jewbilee would serve as my reintroduction; admirably, the Jewish Whisky Company’s show just gets better and better every time it comes back.

View of WTC 1 from the penthouse

This time we trekked out to the Chelsea neighborhood of Manhattan, first, for a pre-show hands-on blending demonstration by High West’s David Perkins. The Jewish Whisky Company also collaborated with Perkins for this year’s festival bottling, a blended whisky assembled from punchy, 6 year old rye; stony, 8 year old Bourbon; and buttery, 11 year old light whisky. Attendees to the blending class were given samples of the three components and got to play with measured beakers, pipettes and water, attempting to create their own blend. 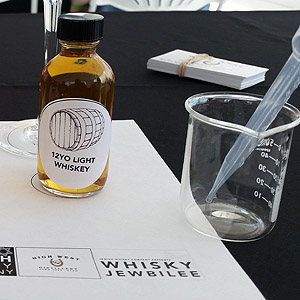 I wished I had 50 more beakers, as once I started to play with the ingredients, it became clear that, even with only three whiskies, there were far too many variables for me to approach it, methodically. I settled on a cask strength 8:7:1 blend of rye, Bourbon, light whisky.

While I walked away feeling like I knew even less about blending than I did when we started, the wisdom Perkins shared was actually very enlightening. Attendees left with the knowledge, all of the equipment, and the leftover whisky, so it was also possible to play around with blending at home. I was especially excited to take home the sample of cask strength light whisky, a spirit that almost never sees the market undiluted and unblended… though I should mention, you can plan to see a cask strength light whisky from the Single Cask Nation very soon, and membership costs just went down to a very affordable $36.

The tasting portion of the show started a few hours later. Some of the spiritual event goers were wearing sparkly, branded yarmulkes they picked up at Highland Park’s table, but my wife noticed that many people in the crowd were also wearing tassels around the bottoms of their shirts. At one point in the night, she leaned over to a complete stranger and asked about them. The man she asked happened to be a rabbi and explained that they were called Tzitzit and that it was commanded in the Torah to wear them. He then went on to explain that Judaism is steeped in ritual, and that to him, the tassels formed a frame. This gesture was just one of the ways he remained mindful, every morning; preparing a frame for himself, a spiritual mindset through which he would choose to view the world. It didn’t matter if there was a reason, it was the act of reverently acting out the intention. That put a surprisingly Buddhist spin on what was already shaping up to be a very zen experience. 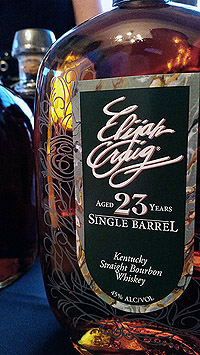 Like the conversation, the hypnotic, white-everything decor of the venue framed the whisky brilliantly. The space was comfortable and inviting. This was one of the most relaxing shows I’ve ever been to, and while I would guess a lot of the mellow vibe had to do with the visual environment, it would be criminal to neglect the smartly capped attendance and the neighborly crowd.

Back to the spirits, the night was a whirlwind of delicious whiskies. The Hibiki 21 was a divine meeting with the buxom goddess, Asherah, eating a plum. The port-finished blend of ryes titled A Midwinter Night’s Dram, was a prophetic glimpse of a product you can only buy at High West’s Utah distillery. A single barrel Bourbon bottler from Connecticut offered the crowd a few bottles of their first batch of unfiltered, cask-strength, Barrell [sic] Bourbon. Highland Park’s 15 year old, buttery, ex-Bourbon release, the falcon-cloaked goddess Freya, made an appearance. A celestial, Bowmore 25 year, Purple Valley Imports’ Blackadder Raw Cask 23 year Strathmill, and the Russell’s Reserve Single Barrel made it hard to choose which whiskies to taste then dump, and which to enjoy. The Heaven Hill table had my favorite American whiskies at the last show and kept the tradition alive this year with an Elijah Craig 23 year old. 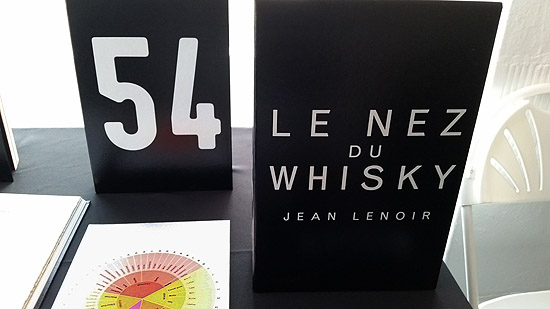 There was also a really cool nosing kit set up, called Le Nez du Whisky, with four different aromas set out to try and guess. These kinds of kits are great (if you can afford them) to test your abilities. Even if you don’t drink whisky, nosing things is a fun way to learn to be more mindful and sharpen your perceptions. Of course, nothing beats smelling real world examples of things, but making it easy to test yourself by consolidating the aromas like this is really cool. 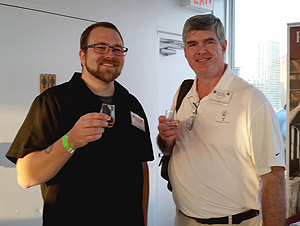 Of course, for the die-hard whisky fans, the show didn’t stop at the whisky. There are always loads of industry people to chat with. Among the local and itinerant whisky nobility this year, I met WhiskyCast’s resident Malt Maniac, Mark Gillespie. G-Lo, Limpd and WCO from It’s Just the Booze Dancing; Joshua Gershon Feldman, from The Coopered Tot; and Stephen from The Malt Imposter, all made appearances, too.

As I said before, the Whisky Jewbilee gets better each year, but still, it’s hard to imagine getting much better than this. I’m already excited for next June. Cheers!