As winter wraps up I find myself with a heady case of bronchitits. Between the steroids, antibiotics, and spirit-quest inducing cough syrup, I haven’t been able to review any whisky and can barely get my head straight enough to write. I feel bad for not updating, like I’m slowly killing my blog with neglect, so I figured now was as good a time as any to jump on the nearest bandwagon, write a puff piece to pass the time, and let you all know I’m still alive.

Bloggers are an ugly breed. The central tenet almost every public blogger indulges is that they believe, at least a little bit, that people actually care what they have to say. I’m certainly not free from this criticism, either, as illustrated by today’s post, but enough about me. There’s a shit-storm of ego brewing down here in blogger-land and the bell ringing in the distance may be tinnitus, but it might also be a call to arms from the flying stone godhead, instructing us bloggers to get our self-absorbed knickers up in a collective twist about the battle in Tennessee. “Zardoz speaks to you,” it says, “The gun is good. The penis is evil.” We are the chosen ones.

This time, the battle is about the legal definition of Tennessee Whisky taking shape around Brown-Forman, the guns/owners of Jack Daniel’s, and Diageo, megalithic steward of phallic whisky doom. To sum it up, last year, Jack Daniels put the final nail in the Jack Daniel’s isn’t Bourbon debate by championing legislation that mandates Tennessee Whisky is Bourbon made in Tennessee and maple charcoal filtered. Considering there are already a handful of Bourbons out there that use the Lincoln County Process of maple filtering, this whole debacle suddenly takes a predictable turn for the inane.

It’s all kind of like saying a Tennessee Death Sled has to be a yellow Mitsubishi Lancer. So you go out, buy a yellow Mitsubishi Lancer, and then drive it to your buddies house to show off your new acquisition (and your questionable taste in vehicles). When you get there your buddy is all like, “Sweet new Lancer, Joe,” to which you smugly reply, “It’s not a goddman Lancer; it’s a Tennessee Death Sled. They just changed the law.” No muthafucker. It’s a stupid, yellow Lancer, but way to tie up our legislators’ valuable time with your dumb shit. 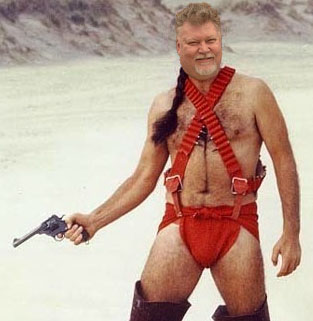 Well, now, Diageo wants to dip its beak in while the turd is still hot and change the law to some equally cryptic nonsense that would allow it not to have to use maple charcoal, new casks or age it in Tennessee, so it’s time for the Brown-Forman lobbyists to put on their hero capes and save the fancy new title they have for their terrible cars, er, whisky.

Bloggers like Chuck Cowdery and Mark Gillespie are reporting that the branding of Tennessee Whisky is under attack and that Diageo is merely trying to damage the category by letting it become flooded with inferior product. Accusations that Tennessee Whisky is a category about to be flooded with dozens of new, paint-thinner brands leaves out the simple truth that the category is already plagued with terrible paint-thinner whisky, namely, Jack Daniel’s. This is also a great example of people trying to trademark or otherwise corner plain expressions of words to bully their competition out of business. They should team up with the guys at Chick-fil-a who seem to think the phrase Eat More is a Truett Cathy invention and can only be used to sling homophobic chicken sandwiches.

Really, it all seems to me like the world’s most boring publicity stunt, and we’re all helping out by keeping the story alive. Saying Jack Daniel’s added value to something with their watery contribution to fraternity mixers is laughable to me, and trying to take credit for something as uncomplicated as the way people traditionally make whisky in your state is just about as arrogant as taking up the keyboard and blogging about it.